Their new album, It Could Be Round Two, is a series of hip hop tracks inspired by the collaboration of Ives Irie and Kemo the Blaxican re-uniting to bring back the original and true form that made Delinquent Habits the cutting edge alternative Latino hip-hop group for the masses. Like a beautiful blend of café con letche, It Could Be Round Two, is the lyrically splendid West Coast Re-Connection of two powerful MC’s delivering once again on an album overflowing with radiantly diverse, rhythms, styles and lyrics.

It Could Be Round Two is Delinquent Habits sixth album release. This 13-track embracement erupts with modes of expression and convincing calibrations. Ives Irie and Kemo the Blaxican’s lyrical skills stretch back and forth between polished poetry saturated within masterful verses, sprinkled with a touch of powerfully blended Spanish, always presenting a balanced collection of intermixture. It Could Be Round Two rouses the listener through atmospheres of philosophy and melodically pervasive paradoxes, pulling the listener out of a tug-of-war co-existence and into an album that embraces relevant issues with deliberately calm perplexity. 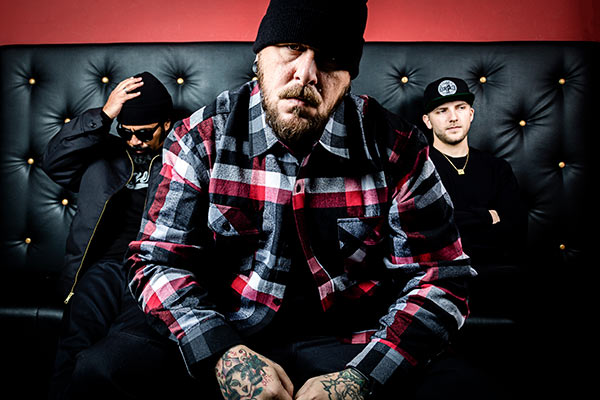 Record companies were at first hesitant to take a risk on the new music, but when upstart PMP records decided to release Delinquent Habits in 1996, the result was pure magic. The groups debut single , “Tres Delinquentes” blew up almost overnight, receiving airplay not only on hip-hop radio but rock and Top 40 stations as well. Helping spark a bold new Latino pride, the track eventually landed Delinquent Habits an appearance on the former-NBC show, “Late Night with Conan O’Brien” and sparked tours with heavyweights like Korn, Limp Bizkit and Ice T. In no time, “Tres Delinquentes” became a worldwide hit, selling over one million copies around the globe and pushing the group’s self-titled album to nearly the same figure

2003, brought changes for the brand, with Kemo the Blaxican embarking on a solo endeavor which included the release of 3 full albums, garnering the respect of the fans and artists’ alike. At the same time Delinquent Habits, with Ives Irie and selected guests and backup MC’s toured and offered up two more Delinquent Habits albums. Both albums, New & Improved and the most recent Common Man, were offered up independently and kept the band in the spotlight rockin’ stages worldwide; from the largest festivals in continental Europe, such as Sziget Festival in Hungary, to small local shows in L.A., every time showing up for the hip hop lovers, new and old guard alike. 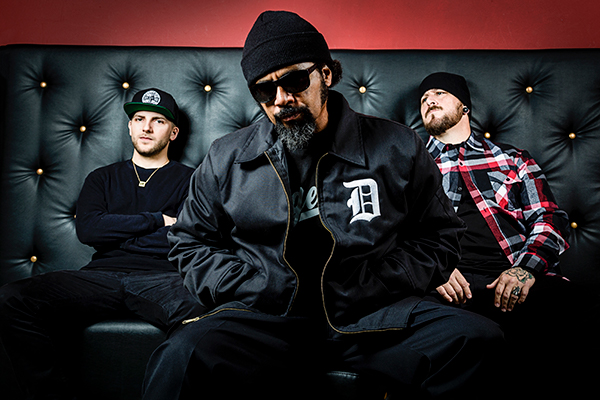 The reuniting on stage and on record of Ives Irie and Kemo The Blaxican for the newest album, “It Could Be Round Two”, marks the first time in over a decade that the two MC’s collectively strike the minds and souls of their listeners. Releasing first quarter of 2017, “It Could Be Round Two” features what is the best of two respected and true to the game MC’s.

Through the pairing of their raw talents and experiences together and apart, in life and within the music industry, Delinquent Habits has musically, lyrically, and on message created an album that is not only body moving and head bobbing, but also deeply meaningful and revealing of thoughts and perspectives shared by the two lyricist. Together the two paint lyrical visuals that speak to real life and truth on what is in Ives Irie’s opinion, Delinquent Habits most complete offering, both lyrically and musically.

While still true to the Latin roots, Delinquent Habits has once again merged other genres such as soul, funk, and rock to create in the bands’ opinion the most diverse album musically to date.Featuring producers, J Matick, DJ Invincible, Ruck N Wiz, and ‘Delinquent Habits’ at the helm as executive producer, ‘It Could Be Round Two is an extensity of dimensionality and incitement, feeding all cravings.